Hey beautiful people,
We have to tell you something and you’re not gonna be thrilled to hear.
We’re sad to have to tell you that we’re not going to be able to hold up the announced release date for July. We know this must be a disappointment and we’re so so so sorry!
You may have encountered undercooked and buggy games in the past and we’re pretty sure you’d prefer to have Lost Ember in a state that will not crush your enjoyment of the experience. That’s why we’ll have to take a little extra time to fix a couple of issues that would definitely hurt your fun with it. Lost Ember is especially dependant on a smooth flow all the way through as it’s so atmosphere heavy, so we need to ensure that flow the best we can.
How did you not know this earlier, you ask? Well, one thing is, I guess, we’re possibly too optimistic, but mostly, we didn’t have much QA until late in development and weren’t quite prepared for the list of issues that is still growing actually :/ So until we know exactly how long that list is planning to grow, we cannot give you a new date. I can only say we think it’s going to be a couple of extra weeks on top of the release date. We promise to do what we can do to bring you your game as soon as humanly possible.
Oof, do you know how shitty I feel writing this? So let’s talk about other things, happier things now?
Overall, it looks like we might actually be making a pretty good game, well, except for the bugs… The boyfriend recently played it for the first time and I was a little scared of what he would think because he’s usually super critical and impatient with games. You know what? He loved it! He had fun and at one point even a tear in his eye. Can’t be that bad then 😀 So that’s good. 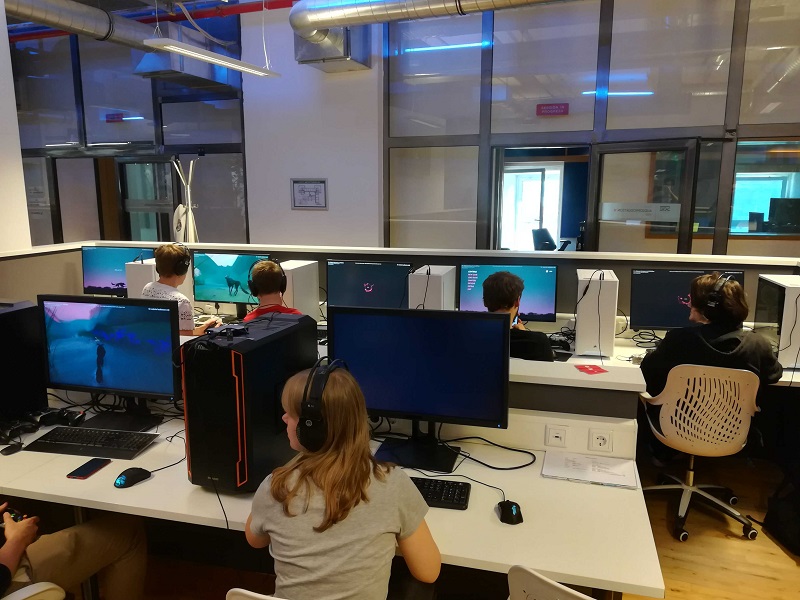 Let me try and remember what we’ve been working on the last couple of months. And you know, as usual, there’s a lot of details that I cannot mention, as they might spoil the game for you. A lot of work went into level readability, trying to make sure players can explore a bit but will also be able to tell where to go to progress. We put all remaining animals in and fine tuned the controls and camera for each one. We finalized and polished the script and the memories that convey the story. And recorded the voice over a couple of times actually. We were lucky that our sound guy Will was able to record new VO very spontaneously so we could try out different versions. See a snippet from a rehearsal session below. That’s Will. Say hi 🙂
We started work on all the console ports and outsourced a bit of it to some helping hands. And then, obviously, we had to put some time into release and marketing preparation and what not. You know, all the things you  need to do when you don’t have a publisher to do it for you. Sometimes that’s pretty awesome though, for example when our preparations took us to San Francisco for GDC. One of us (me!) even got to go to Japan to promote our little critters.
What a year! Goodness. And it’s not like it’s getting any less crazy from here on out. Right. Will get back to work now, so we can give you a game soon.
We love you guys and hope you can forgive us one last delay <3
Hugs and Kisses!
Your Moonies